When the Spitfire finally went to sea in late 1942 it was in a great rush. This was all the more surprising since the idea of a carrier-based Spitfire dated back to 1939.

The Seafire, like most of the aircraft operated by the Fleet Air Arm in the Second World War, is tangled up in confusion and politics at the Admiralty and the Air Ministry. The Admiralty consistently proved itself unable to create realistic requirements for naval aircraft, while the Air Ministry consistently failed to prioritise naval aircraft procurement. Until 1940, the Admiralty tried repeatedly to obtain a two-seat long range reconnaissance fighter with an adequate performance. It failed. 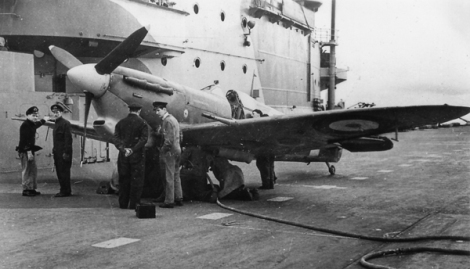 The Fleet Air Arm was always impressed by the Spitfire’s performance, and moves to develop the type for carrier use began in earnest in late 1939, with fifty aircraft ordered and a request for an aircraft to be modified with an arrestor hook. First Lord of the Admiralty Winston Churchill cancelled the order in March 1940 in favour of more Fairey Fulmar two-seat fighters – an aircraft even the Admiralty’s Technical Department did not want.

Supermarine tried again in 1940, with the revised Specification N.8/39 for a two-seat and single-seat fighter based on the same design. Supermarine offered an aircraft that was by their own admission a Spitfire modified with folding wing and Rolls Royce Griffon engine. This idea was viewed with some favour, but the Royal Aircraft Establishment doubted Supermarine’s performance figures and the aircraft chosen were the Blackburn Firebrand and Fairey Firefly.

Unfortunately, by this time the Battle of Britain was underway and all priority was given to fighters for the RAF. By early the next year, the emphasis had shifted to Bomber Command, and most other requirements – including naval aircraft – were put on the back burner.

The idea of a Sea Spitfire was revived yet again in the middle of 1941, by which time it was apparent that the Fulmar was not competitive as a fighter. Churchill, having become Prime Minister was now time acutely aware that the Fleet Air Arm was in a dire position when it came to fighters. The aircraft that were supposed to replace the Fulmar, the Firebrand and Firefly, were struggling in development and would be years away from entering service. High hopes had been placed in American aircraft, but with US rearmament and later entry into the war, deliveries were far slower than necessary for the FAA’s needs.

A hooked Spitfire MkV flew in early 1942, and with the government finally realising the potentially disastrous situation the FAA would be in without a large number of modern fighters, top priority was given to naval Spitfire production. A partially-modified Spitfire MkVB – BL676, a presentation aircraft purchased by the Dutch West Indies Spitfire Fund – successfully landed on a carrier deck in January. 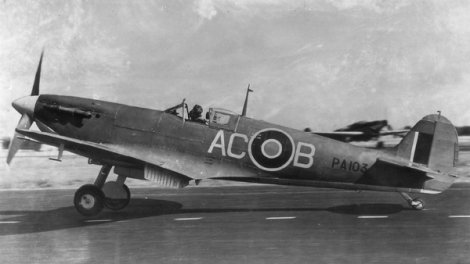 An example of the first production Seafire type, the fixed-wing MkIB, which was far from the finished article. This is from 736 Squadron at St Merryn

In July 1942, 500 Spitfires and 250 Hurricanes were ordered to meet a shortage of fighters “due to failure of the Fireflies and Firebrands and delays in delivery of Martlets”. The order was reduced to 314 (of which only 234 would be the most modern fighters) through the Air Ministry taking over shore based fighter squadrons from the RN, and the Admiralty compromising on the level of reserves it would accept (100% down from 190%).

After years of delays, production proceeded apace throughout 1942 at Westland and Cunliffe-Owen. In August 1942, the Malta convoy Operation Pedestal proved how destructive sustained air attack on naval operations could be. The FAA’s Sea Hurricanes and Fulmars had fought gamely, but were too few, too low performance and too lightly armed. With another large operation planned for the Mediterranean theatre – Operation Torch, the invasion of North Africa – the matter gained new urgency.

The niceties of naval aviation – folding wings and long-travel undercarriage, for example – were dispensed with in the hurry to bring the high-performance fighter into service.

Even at this time the Admiralty was given to referring to the land and naval versions alike as ‘Spitfires’, though the name ‘Seafire’ was beginning to gain currency. The general naming policy for land aircraft adopted by the FAA was to add ‘Sea’ to the existing name. However, the wife of one of the aircraft’s development name allegedly suggested ‘Seafire’ as an alternative to the clumsy ‘Sea Spitfire’ and this was quickly adopted.

The Admiralty’s Naval Air Department wrote to the Lords of the Admiralty on 25 August, demanding that: “Approval is required for the supply of… the 66 fixed-wing Spitfires to be released by the Air Ministry – 22 each in each of the first three months of 1943 and the folding wing Spitfires in the two succeeding months, in order that we may get on with the hooking of these most modern fighters which the recent convoy operation in the Mediterranean has again demonstrated are an absolute essential for the safety of the fleet. The Fulmar is hopelessly outmatched by the far more modern fighters which they have to encounter.” 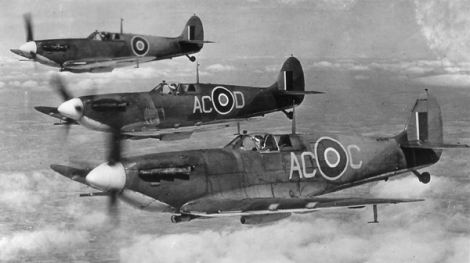 The NAD had resolved that day to have three Seafire Squadrons worked up by 7th September. This was just possible – as of 25th August 1942, 807 Squadron was already complete with 12 Seafires, as did 801 Squadron, while 880 Squadron had 5 Seafires and could be made up to 12 by 7th September. However, equipping all squadrons in this way would leave only seven reserve Seafires across all three units by the date required. This was next to nothing by the Admiralty’s standards, and Admiral Sir Arthur Lumley Lyster, the head of naval aviation, calculated that based on the experience of Pedestal, 100% reserves would be required. Around 85% of the entire British carrier strength then available would be in use during Operation Torch.

Nevertheless, the Prime Minister’s directive that the FAA was to be equipped with “suitable fighters for this operation” and the demand from the First Sea Lord that Seafires were “a matter of over-riding priority” worked miracles. This was especially so when it is considered that in addition to the operational aircraft required, a large number of similar aircraft and standard Spitfires were needed for training.

The first Seafires in service were of the MkIB subtype, essentially a navalised Spitfire VB with some strengthening, an arrestor hook and catapult spools but non-folding wings. Later marks would be better adapted to naval use, but for now the FAA had three squadrons of cannon armed, 360mph fighters which it badly needed.

In fact, Operation Torch proceeded with virtually no air attacks against it, and the prediction that the fleet would need to fight its way through constant opposition just to get to the landing zones turned out to be inaccurate. Nevertheless, Torch had provided an impetus to put the Seafire in service in numbers, and the aircraft would go on to be a valuable asset to the Fleet Air Arm. The Seafire would prove to be fragile and tricky to handle in service, but potent in the air. 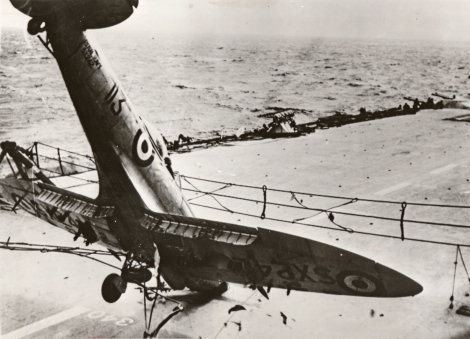 The Seafire remained tricky to land throughout its career. Here Seafire F.XVII, SX242 ‘113/JA’ of 1831 Sqn is captured after missing the wires and hitting HMS Illustrious’ barrier, 6 September 1950

3 responses to “The Spitfire’s struggle to go to sea”